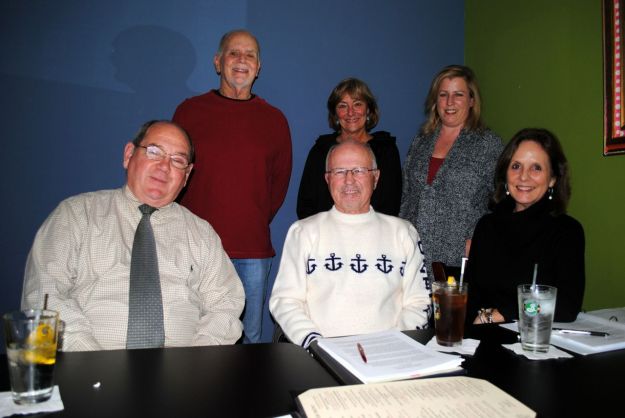 The 2012 Townes of Governors Village Board is shown here at the February 8, 2012 meeting.   [Minutes will be made available at a later date.]

New officers were elected at the December 2011 meeting. They are: Valerie Meicher, President; Burt Judd, Vice President; Adele McLean, Treasurer; and Anne Lees, Secretary. Also serving on the board is Robert Aruitt.

The Townes, one of six neighborhoods in the Governors Village community, is unique in that it collects dues, has its own officers and holds its own annual meeting in the fall for the homeowners. Learn more about the Townes of Governors Village.